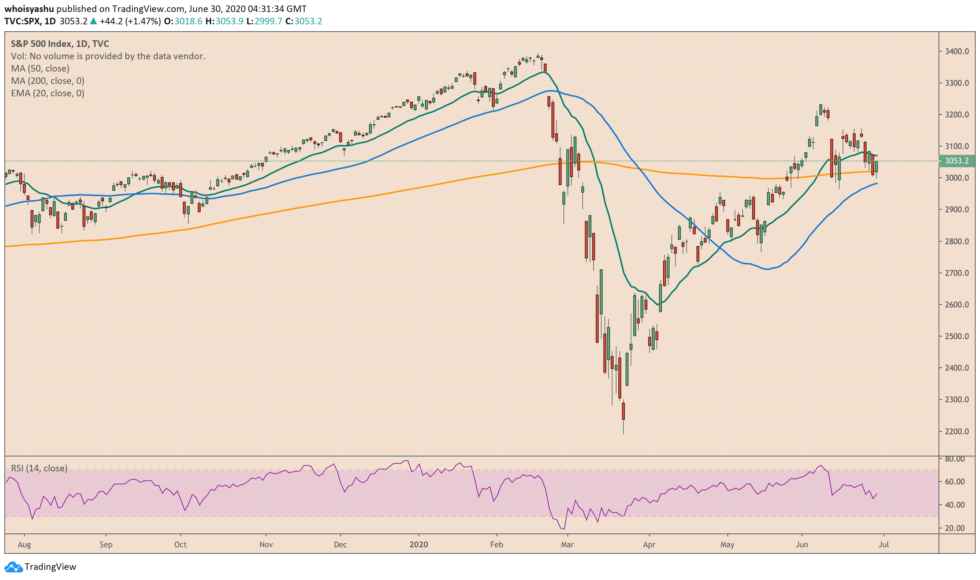 The S&P 500 peaked at 3,233 in June. It is on track of reaching its all-time high even as conflicting poor fundamentals led by the rise in COVID infections jitters investors.

Observers believe that the Federal Reserve and the U.S. Congress will keep injecting money into the economy to help sustain the rebound.

“There’s a safety net under the bond market and the equity market,” said Philip Blancato, the president of Ladenburg Thalmann Asset Management.

Meanwhile, Bitcoin’s 150 percent price rally from its March 12 nadir has also appeared out of the same stimulus efforts. The hardcore cryptocurrency community sees the Fed’s $7 trillion cash injection as inflationary. Therefore, they tend to park their fiat into bitcoin, an asset with a limited supply cap of 21 million tokens.

More Recovery Ahead for S&P 500, Bitcoin

Macro fundamentals developed during the COVID pandemic crisis have prompted Bitcoin and the S&P 500 to form an erratically positive correlation. Therefore, whatever that moves the U.S. benchmark index could prove equally influential for the world’s leading cryptocurrency.

And by the look of it, the S&P 500 has room to grow further. So says Tony Dwyer, a prominent market analyst.

The Canaccord Genuity’s chief market strategist on Monday recommended investors to purchase the S&P 500’s dips as he set his 12-18 months target for the index to 3,300. The new projection puts it 9 percent higher from where it closed on Monday.

“Following the initial ramp to 3,200, we have been anticipating a multi-week/month period of consolidation with the intention of incrementally adding risk each time the SPX pulls back to 3,000,” Mr. Dwyer wrote in a note to clients.

Nevertheless, the veteran investor added that he sees the Fed’s “incredible monetary stimulus,” as well as improvements in the credit market and liquidity to improve the S&P 500’s outlook.

Bitcoin, for now, is treading in a similar scenario. The cryptocurrency’s price rally towards the $10,000-10,500 area in early June met with higher selling pressure. It later corrected lower towards $9,000 and has been since consolidating sideways for weeks. 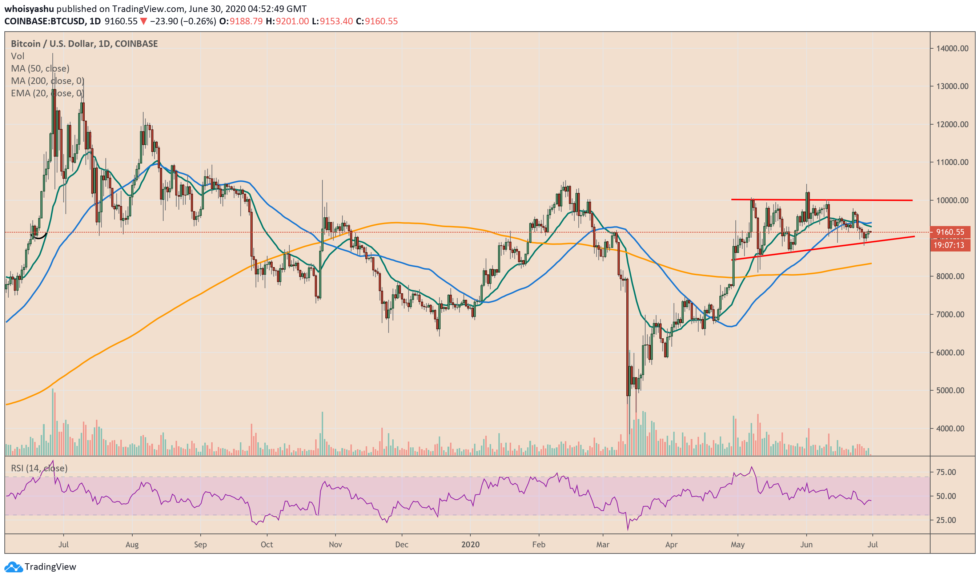 Bitcoin could attempt a bull run, nevertheless, should the Fed announces another stimulus package. The decision will come sometime in mid-July. Until then, it is likely for traders to hold the cryptocurrency above $9,000, a technical support level.

HDR Global Trading, parent company of derivatives trading platform BitMEX, has undergone a perhaps controversial rebranding. Disclosure The leader in blockchain news, CoinDesk is a media outlet that strives for…

Get the Latest from CoinDesk Sign up for our newsletter Money Reimagined First Mover Crypto Long & Short Blockchain Bites By signing up, you will receive emails about CoinDesk products…

Chainlink’s Unstoppable Rally Has It Dominating These Top Crypto Exchanges

Chainlink has the entire cryptocurrency standing at attention and taking note as the asset enters price discovery mode and sets new high after high. Along the way, the superstar altcoin…

Where, Oh Where Has Bitcoin Volatility Gone? Part 1

The first half of 2020 has been wild for just about everyone in every asset class. In early March, when it became evident that COVID-19 was a seismic event, asset…

Since early May, the price of Bitcoin has been at a standstill in a tight range between $8,500 and $10,000. For most of the past month, BTC has remained between…

Bitcoin has been caught within an unrelenting trading range since the start of May. This range has primarily been established between $9,000 and $10,000, although the crypto has broken through…

The Human Rights Foundation, or HRF, a major global organization promoting democracy and freedom, continues to explore the use of cryptocurrencies like Bitcoin (BTC) as a way to protect human…