“Bitcoin is the answer” is a phrase that’s thrown around regularly both in a serious and comical manner all across the crypto community. But in a future where there is limited potential upside in equities and bonds, the cryptocurrency could very well be the solution to further wealth accumulation.

That’s exactly what a Bloomberg Intelligence Senior Commodity Strategist claims, offering a chart with Bitcoin “juxtaposed” versus quantitative easing to back up the theory. Here’s what this means for the leading cryptocurrency and why this stamp of approval is so significant.

The Cryptocurrency’s Rise From Tech To Finance

Bitcoin’s story as a financial asset is unlike any other’s. The cryptocurrency started out essentially as an experiment that by chance took hold. The asset started off the focus of tech enthusiasts and cypherpunks toying with the future of digital money, with added attention to privacy and anonymity. This anonymity is so crucial to the coin’s core, even the asset’s creator is still to this day unknown.

From there, its use in commerce took footing on the dark web, in the Silk Road marketplace. Without real-world adoption like that or the early days of trading 10,000 BTC for two pizzas, the cryptocurrency may not have made it to $20,000 in 2017.

During that time, the cryptocurrency became a household name, and retail investors FOMOed into the asset hoping to strike it rich. But reality set in, Bitcoin wasn’t yet ready for prime time, and the bubble popped.

Time has passed, and a new market cycle could be beginning. The conditions for the cryptocurrency to rise in value almost seem too perfect to be true.

The asset’s hard-capped, finite supply of just 21 million BTC gives in an advantage over nearly every other asset on the face of the planet.

#Bitcoin is a standout fixed-supply asset that should be a primary beneficiary in a period of limited potential further upside in equity and bond prices, in our view. #QE juxtaposed vs. tightening Bitcoin supply leaves adoption and demand as the top price-outlook metrics.. pic.twitter.com/NLHXlaZuuM

Bloomberg Intelligence: Bitcoin To Benefit From Limited Upside in Equities and Bonds

Its also why Bitcoin is potentially positioned to be one of the only assets with further potential upside, in an economic environment where financial upside everywhere else is “limited,” according to a Senior Bloomberg Commodity Strategist.

Bloomberg Intelligence’s Mike McGlone has revealed a chart on Twitter with Bitcoin’s price and supply “juxtaposed” versus quantitative easing. McGlone says that the chart demonstrates how Bitcoin’s fixed supply “should” make the cryptocurrency a “primary beneficiary in a period of limited potential further upside in equity and bond prices.”

Essentially, McGlone and the rest of Bloomberg Intelligence expect the rest of the financial space to suffer in the years to come due to out of control quantitative easing. At the same time, Bitcoin’s digital scarcity keeps it appreciating in value over the long-term.

In the post-pandemic future where the economy is frail, dollars are abundant, and money is harder to come by, Bitcoin may be the answer, and the likes of Bloomberg Intelligence and other big names are finally starting to realize this. 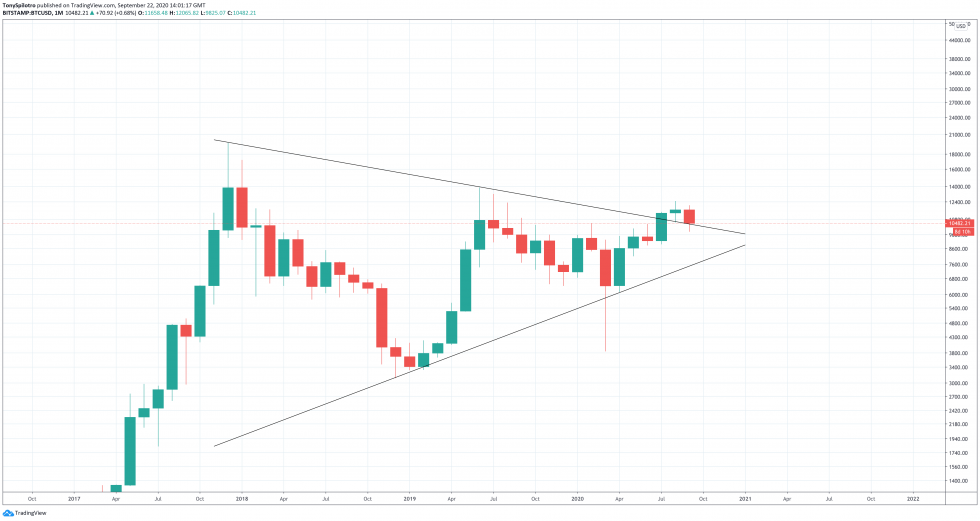 AAVE was trading higher on Friday, continuing a rebound that followed a massive 45 percent price crash between October 15 and 21. The decentralized finance token rose by up to…

Russia doesn’t need to be first with a digital currency, says state expert

A Russian official argued that the country should have launched research on a central bank digital currency four years ago in order to claim leadership in the field. However, according…

Bitcoin has pushed seriously higher over the past few days despite some mixed performance in the S&P 500. The leading cryptocurrency is up around $2,000 over the past seven days,…