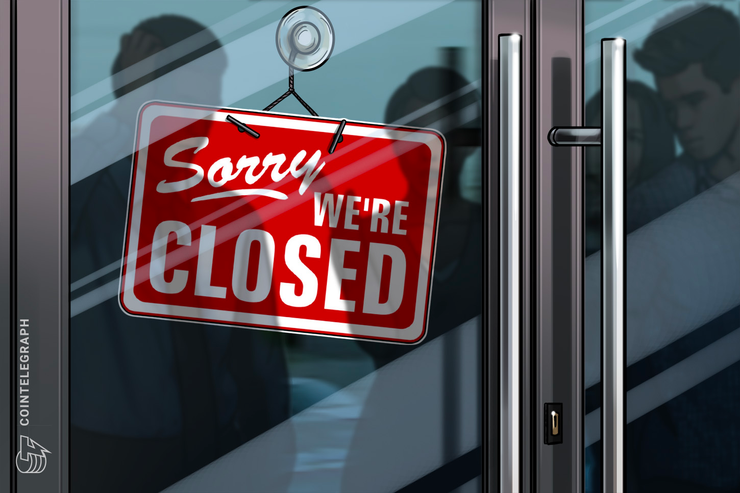 The decentralized cryptocurrency exchange (DEX) CryptoBridge announced that it is closing down in a message on its website.

“Please note that user verification is required by EU law for all withdrawals. We highly recommend that you start the process as early as possible as verification can take a few days.”

The company cites market conditions, increasingly strict regulation and lack of funds as reasons for its decision to close and not pursue further development.

Users visiting the official Twitter profile of the exchange are met with a “that page doesn’t exist” warning. However, a new CryptoBridgeEU account became active earlier today and spreads messages in conflict with the announcement appearing on the official platform’s website. The account in question claims that the shutdown of the platform is only temporary, stating:

“I’m proud to announce CryptoBridge’s termination is not the end! We will be moving our headquarters to Denmark! We will have a new site up and running so stay tuned!”

An update to the official website confirms that the profile is fake:

“Our social media channels are closed, all accounts on Twitter that are pretending to be representing CryptoBridge are fake. We are not planning a comeback at the moment.”

Fierce competition in the DEX space

The competition in the DEX space is becoming increasingly fierce. Major crypto exchange Binance launched one in April while its competitor Poloniex acquired a Tron-based DEX at the end of November.