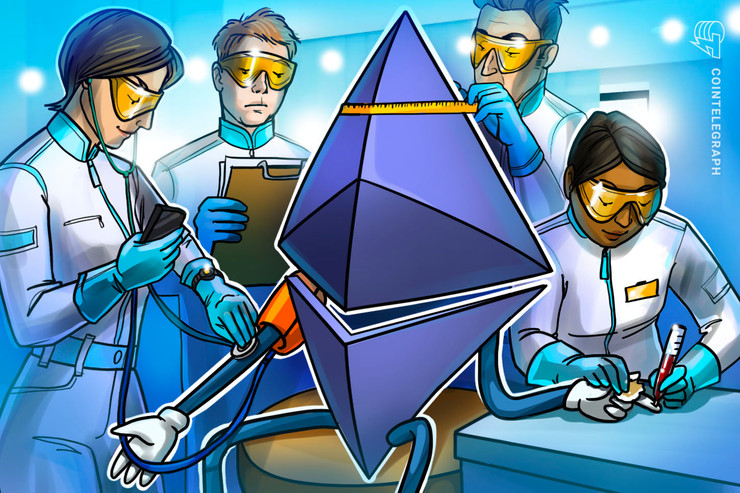 Technology security firm Least Authority has published an audit of the specifications for ETH 2.0 — the long-awaited overhaul of the Ethereum (ETH) protocol.

Least Authority audited ETH 2.0’s during January at the request of the Ethereum Foundation. The firm worked alongside the Foundation throughout the process and compiled the final version of the report on March 6.

The report notes that while specific aspects of ETH 2.0’s design can be reviewed, “the collective system may not behave as intended.”

While the report found the ETH 2.0 specs to be “very well thought out and comprehensive,” noting that “security had been a strong consideration during the design phase,” Least Authority highlights concerns regarding the P2P layer and risks to block proposers.

The researchers assert that the network specifications make it a fairly easy task for block validators to establish the IP addresses of other validators.

With the documentation implying block proposers are public knowledge, the firm is concerned that an attacker may seek to strategically execute denial-of-service (DDoS) attacks.

The report also warns that an attacker could wield a large volume of nodes to launch a targeted attack on block proposers.

The security firm asserts that the documentation surrounding ETH 2.0’s P2P and Ethereum node records (ENR) systems is lacking, emphasizing that they were “unable to conclude how the P2P system incorporates the ENR system.”

A “spam problem” is also identified in the protocol’s P2P messaging system. The report warns that the absence of a centralized entity overseeing nodes’ actions opens up the possibility of a dishonest node attempting to overwhelm the network with an unlimited number of old block messages while incurring little penalty.

“This type of attack would slow down or potentially halt network processing for the duration it was carried out,” the findings conclude.

The report also highlights concerns regarding “misaligned gossip incentives” and the lack of “BAR-resilient gossip protocol,” and urges the Ethereum foundation to seek regular peer reviews of its code.

Of the 10 issues identified in the firm’s final report, two have since been resolved, and one has been determined to have been an invalid issue.

ZenGo’s testnet demonstrates how through authorizing a single transaction between a user’s wallet and a Dapp’s smart contract grants the application authorization to access all funds held within that wallet.

Lawyers for Satoshi claimant Craig Wright have strongly criticised a magistrate’s order as wrong in law and “based in significant part on personal attacks” against Wright and his Kenyan attorney.…

The Bitcoin Fund, managed by 3iq, has completed an initial public offering and has begun trading on the Toronto Stock Exchange (TSX). It has been a long road for 3iq…

Canadian asset manager 3iQ has become the first firm to launch a fund tied to Bitcoin (BTC) on the Toronto Stock Exchange (TSX), after three years of legal wrangling. ‘The…

Can This Double Bottom Spark Bitcoin Rally Above $7,500?

This week Chainlink (LINK) is on an absolute tear, gaining 47% over the past four days on strong purchasing volume. The price had dropped by a massive 63.50% from March…