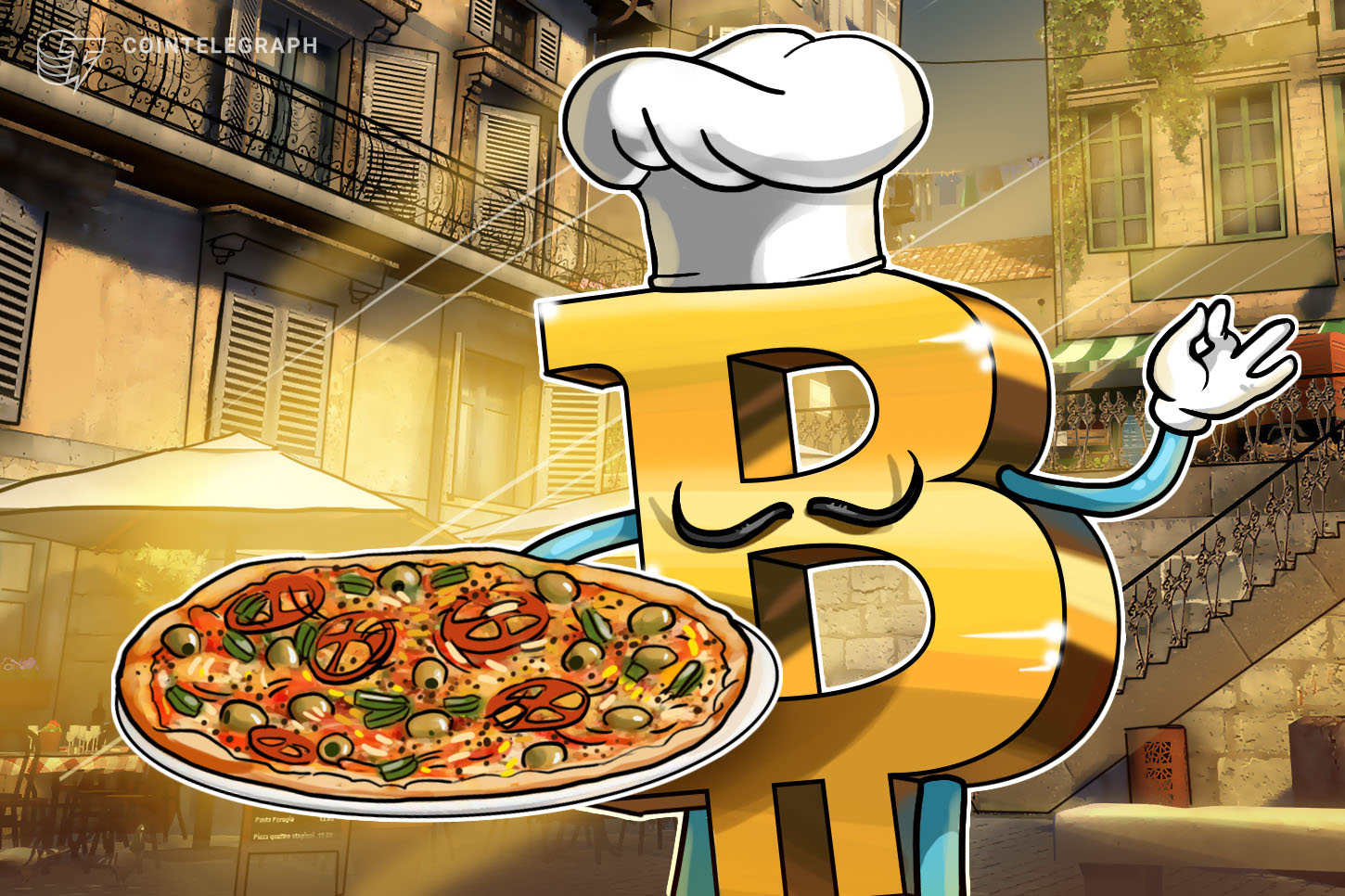 “We ordered the pizzas ourselves from a local chain and delivered them to the homeless shelters,” BitFlyer COO Joel Edgerton told Cointelegraph on May 22. “We worked closely with the managers of the shelters to ensure they get the appropriate amount and get there on time.”

BitFlyer sending slices all over

“Bitcoin Pizza Day is a very special day for our community,” BitFlyer USA said in a May 22 Tweet. “For its 10-year anniversary, we decided to make it special for others too,” BitFlyer said.

BitFlyer chose in favor of supporting local San Francisco Bay Area pizza shops with its pie purchases destined for donation, Edgerton said. Although the famous day stemmed from a Bitcoin pizza purchase, BitFlyer chose not to use BTC to pay for the cheese and pepperoni pizzas the exchange bought and donated.

Roughly one year after Bitcoin’s launch in 2009, Hanyecz paid 10,000 BTC for two pizzas at Papa John’s. The purchase marked the first documented time someone used Bitcoin to purchase real-world goods or services.

A similar story involved the Gemini’s Tyler Winklevoss, who paid 312.5 BTC for spaceship ticket back in 2014.

The One-Way ETH ‘Burn’ That Will Kick-Start Ethereum 2.0

With final preparations for the launch of Ethereum 2.0 soon to be underway, CoinDesk’s Christine Kim spoke with developers Raul Jordan and Eduardo Antuña Díez about what’s left to do…

The U.S. Securities and Exchange Commission (SEC) took a major step toward streamlining digital asset securities settlement by compressing the previous four-step process into three in a bid to reduce…

The Federal Reserve Board of Governors and several Federal Reserve Banks are actively working on the digital dollar. Legislation has proposed that each American could have an account at the…

A minster’s look at regulation and innovation: A necessity to strike a balance

Repeatedly, proponents of disruptive technologies have proven that regulation and innovation have an immense potential to actualize a mutually beneficial existence. The often delicate relationship between innovators and regulators —…

LONDON, the United Kingdom, September 26 – CEX.IO, one of the leading international cryptocurrency exchanges, announces its plans for entering the decentralized finance (DeFi) market. To set the stage, CEX.IO…

Bitcoin’s price has been stagnant throughout the past several weeks and months, with buyers and sellers being unable to gain firm control of its near-term outlook The crypto is now…

What price must Bitcoin reclaim for a renewed bull market in October?

Volatility was expected throughout the week regarding the expiration of a significant amount of futures. However, this didn’t really happen while the macro-economic environment also remains uncertain. A hack of…