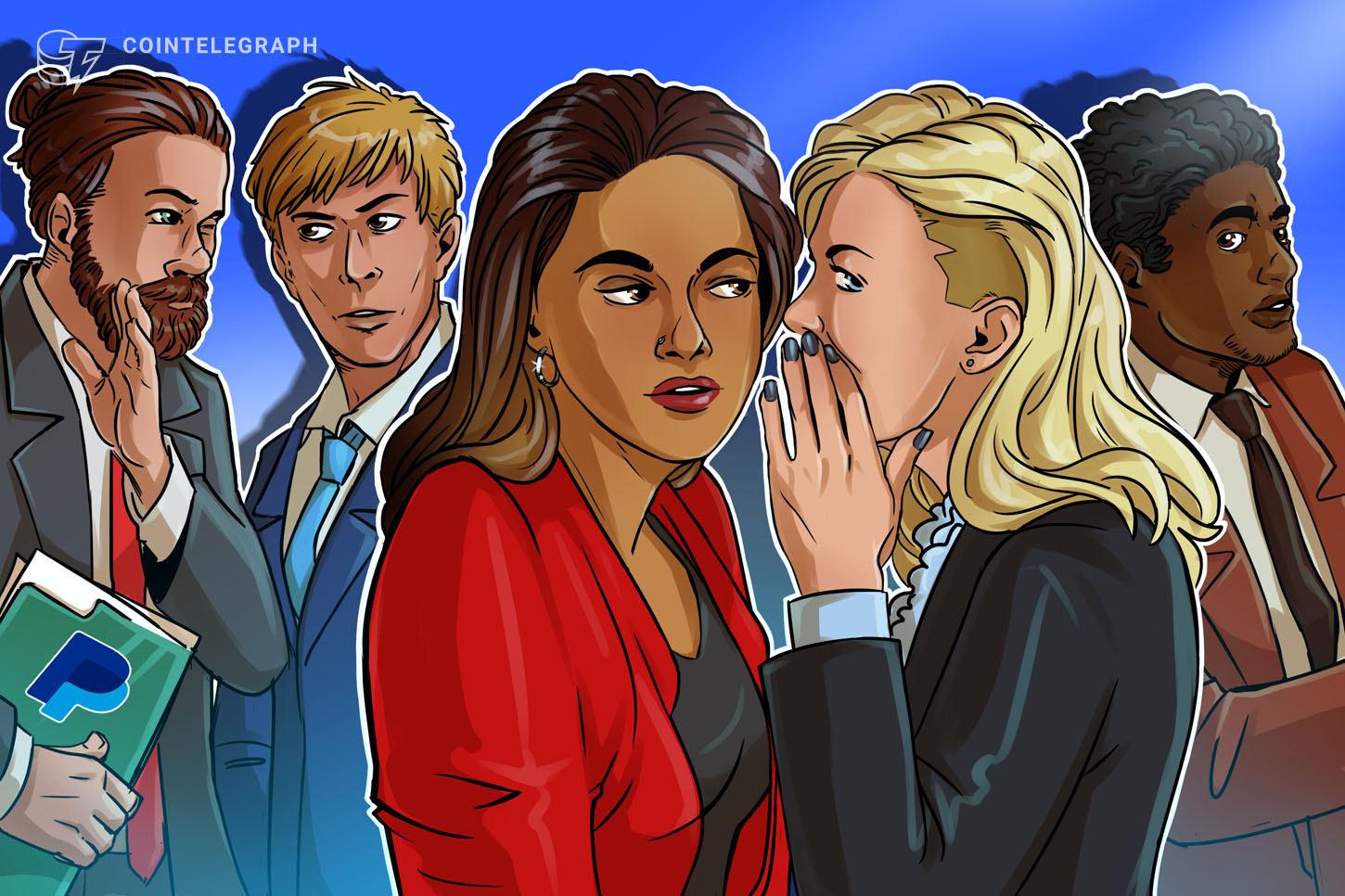 Global payments firm PayPal is looking to acquire a crypto asset custody firm, with a report published by Bloomberg on Oct. 23 claiming the company is currently in talks with BitGo Inc.

Anonymous sources cited in the report claimed that the two companies may reach an agreement within a matter of weeks. BitGo is a multi-signature custodian that was founded in 2013. In 2018 the company raised $15 million in a round led by Goldman Sachs and Galaxy Digital.

However, the deal is believed to be far from certain, with the report noting that: “Talks could still fall apart and PayPal could opt to buy other targets.”

The rumors follow this week’s announcement that PayPal will be launching crypto payment services from next year, which was the catalyst for a quick double-digit percentage price push for Bitcoin (BTC).

Not everyone is overjoyed with PayPal’s potential acquisition, with the official account of Thorchain (RUNE) expressing concerns about the decentralization of Wrapped Bitcoin (WBTC), given most of the Bitcoin (BTC) locked in the protocol are stored with BitGo.

The majority of wrapped Bitcoin is custodied by BitGo.

PayPal is not a good actor in this space. Position accordingly. https://t.co/bETSfDr88J

Yesterday, Meltem Demirors, the CSO of crypto asset manager CoinShares, predicted that PayPal will seek to launch a stablecoin after the payments company left the governance association for Facebook’s Libra project.