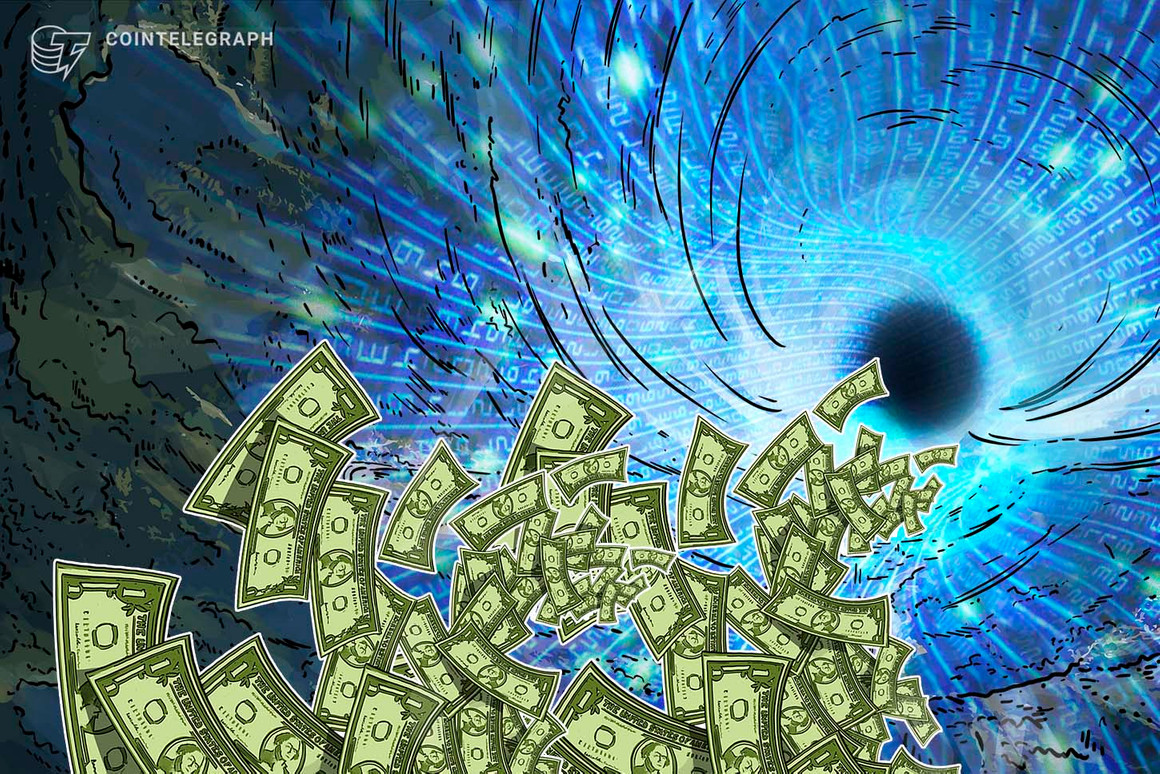 The Feb. 22 crypto crash has sparked the second-largest volume of DeFi liquidations in the sector’s history, with more than $24.1 million worth of loans being forcefully closed within 24 hours.

According to crypto data aggregator DeBank, $13.7 million, or nearly 60% of the losses occurred on Compound, followed by Aave with $5.4 million worth of liquidations.

Yesterday’s liquidations were the second-largest to hit DeFi, trailing behind the $93 million in margin calls that were triggered by a sudden increase in the price of DAI on Nov. 26. 2020. The incident saw DAI spike by 30% on Coinbase Pro — the source of Compound’s price oracle — liquidating more than $88 million worth of crypto loan collateral on the protocol.

The liquidations may have been exacerbated by the recent extreme gas fees associated with using the Ethereum mainnet, with traders being quoted up to $30 for simple token transfers.

With crypto users racing to outbid each other and ensure their transactions were met, network congestion amid rapidly tumbling prices may have prevented some traders from closing out their positions in time.

The flash-crash has had a devastating impact on margin traders as well as DeFi users, with Kraken users have also demanding compensation for mass liquidations caused by an accelerated crash that saw ETH drop to $700 on Kraken while the asset was changing hands for roughly $1,400 on other exchanges.

Major corporations that have invested heavily in Bitcoin also saw multi-million draw-downs amid Feb. 22’s price action that saw $9,000 wiped off the price of BTC over just a few hours.

Tesla, which purchased $1.5 billion on Feb. 8, would have lost over $200 million in the crash while MicroStrategy, which holds the most Bitcoin of any public company, would have been down over $330 million at the time of the dip.

At the time of writing, however, Bitcoin had recovered to trade at $50,800 to hover at a daily price decline of around 9%.

The CBOE has filed an application with the United States Securities and Exchange Commission to list the Bitcoin (BTC) exchange-traded fund proposed by asset manager Van Eck. If the Bitcoin…

Ethernity Chain, a community-oriented NFT platform, is partnering with graphic artist BossLogic to launch an exclusive line of tokenized art pieces for the community.  Under the new agreement, BossLogic will…

Tech giant Amazon just announced the general availability of Ethereum on its managed blockchain. According to Amazon Web Services, or AWS, users now have the ability to “provision Ethereum nodes”…

What Is The Bitcoin Block Size Limit?

The Bitcoin block size limit is a parameter in the Bitcoin protocol that limits the size of Bitcoin blocks, and, therefore, the number of transactions that can be confirmed on…